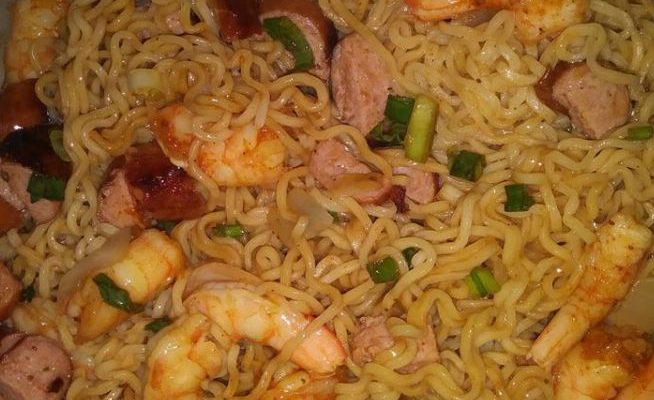 Ramen noodles (yes, the ones from the package) can be dressed up with poached shrimp and bacon to make a porky, smoky broth that tastes slow-simmered. … Less

MAKE THE BROTH:
Stir in the chicken broth, soy sauce, and Worcestershire and bring to a boil. Stir in the ramen noodles and boil until tender, about 2 minutes.
ADD THE SHRIMP AND SERVE: Remove the broth from the heat and stir in the shrimp. Let stand until the shrimp are cooked, 1 to 2 minutes. Serve topped with the chives.