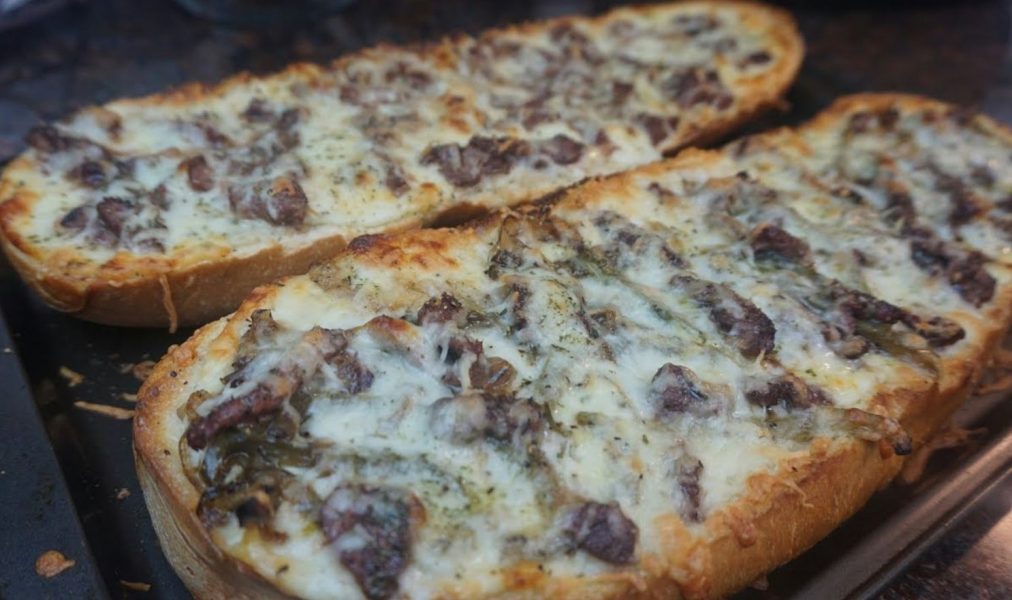 heat the oven to 400 degrees
Add the salt and pepper to the ribeye steak ( I also used garlic powder, onion powder, and paprika)
Heat oil on high heat in a cast iron skillet
Add the steak to the skillet and cook for 2 minutes or until the meat has a good sear (don’t flip)
( I flipped because my steak was extra thick)

Add the Worcestershire sauce and toss with the meat.
Remove from the pan, add the butter, bell peppers, onion and mushroom to the pan
Season with salt and pepper to taste
Cook for two minutes, stirring occasionally.
Spread mayonnaise over both halves of the bread (can use garlic bread)
Layer with slices of Provolone cheese
Add the steak and vegetable.
Layer with remaining cheese
Cook for 10-15 minutes on the middle rack until browned.
Slice into two inch thick slices and serve immediately.

Discover the Secret to Making the Perfect Strawberry Vanilla Cake