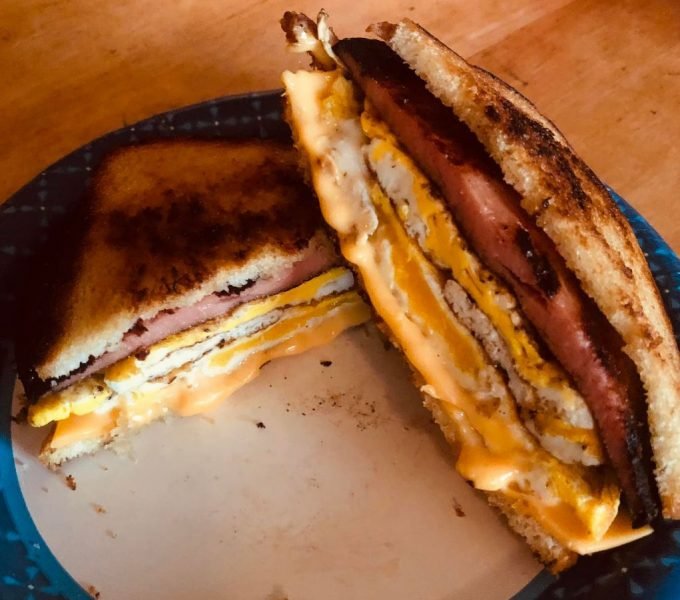 Start by making the dill mayonnaise. Stir the dill into the mayonnaise. Season with salt and pepper. Set aside to let the flavors blend.
Heat a large non-stick skillet over medium-high until hot. Place the bologna slices in the pan and fry until the bologna starts to crisp at the edges and is heated thru. Remove from the skillet.
In the skillet over medium heat, add the eggs being careful not to break the yolks. Salt and pepper to taste, cover and cook sunny side up until the whites are firm, but the yolk is still soft, about 4 minutes.
While the eggs are cooking, toast the bread. When toasted, spread 4 slices of toast with dill mayonnaise. These will be the top of the sandwiches.
When the eggs are nearly done, place a slice of cheese on each egg, turn off the heat and replace the cover to allow the cheese to melt and the eggs to finish cooking.
Build each sandwich by layering the toast, bologna, egg and cheese. Top with second slice of toast that has been spread with dill mayonnaise. Slice in half to break the yolk. Enjoy!