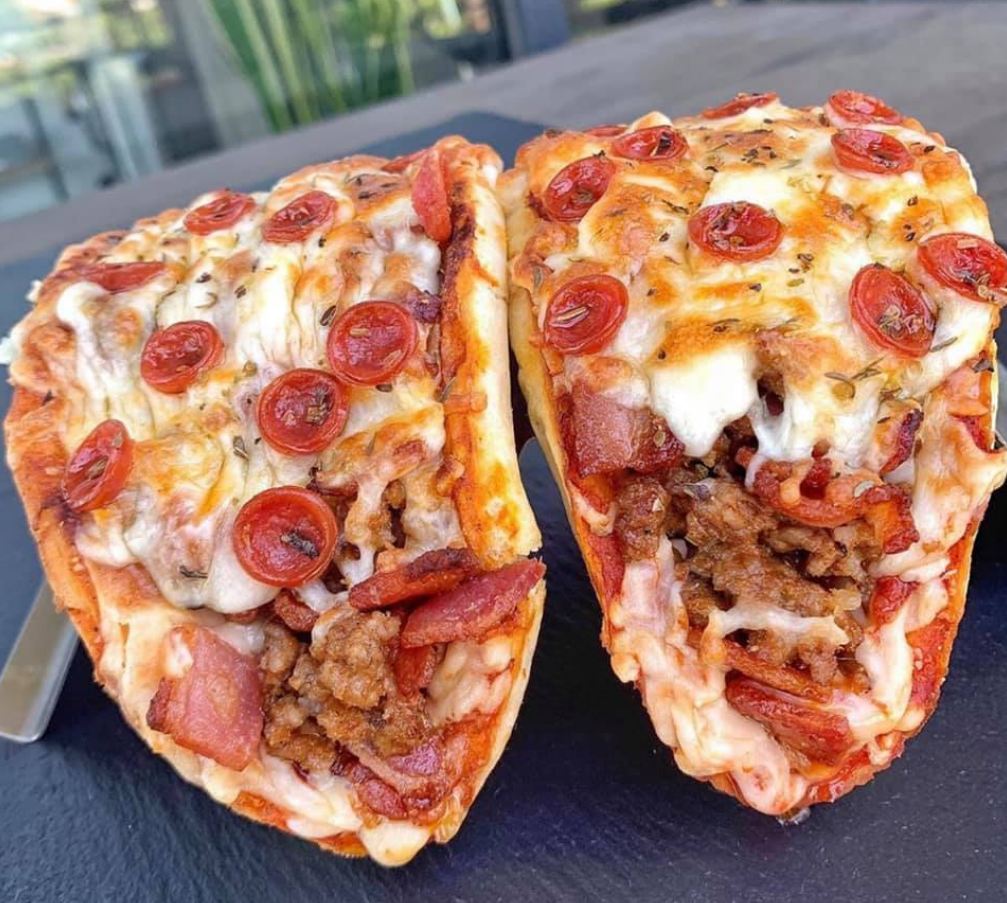 I’ve been making crazy taco creations for the past little while and it took me a long time to figure out how I wanted to combine two of the greatest food items, pizza and tacos. The truth is, every slice of pizza can be turned into a taco, simply by folding it. With that said, I thought it would be very important NOT to do that, and instead really try and drive home that taco concept.

Start with the bacon:

Fry the bacon in a medium-high saucepan or pot for 5 minutes. Add a splash of water to render the fat. Continue cooking for an additional 3-4 minutes or until the bacon has reached the crispiness you like. Extract the bacon from the grease and set aside.

Add the sausage to a medium-high pan. Cook the sausage until it becomes brown and crispy. Add bacon and cook for about 5 minutes so the flavors can combine.

Microwave the pizza for half the amount of time it says on the box. This will allow the pizza to be formed without breaking or being compromised.
Place the pizza in the taco holder. If you don’t have a taco holder, flip a muffin tray upside down and fit it in between two muffin slots (it should hold).

Add some of the meat mixture to the inside of the taco. Add a bit of the marinara sauce followed by half the mozzarella cheese
Place the tacos in the oven for about 5 minutes or until the cheese starts to melt. Take it out and place the mini pepperonis on top. Switch the oven to broil and put the tacos back in. Cook until the tops are golden brown and bubbling and the cheese has fully melted. Enjoy!

Crock Pot Beef and Broccoli – Life In The Lofthouse