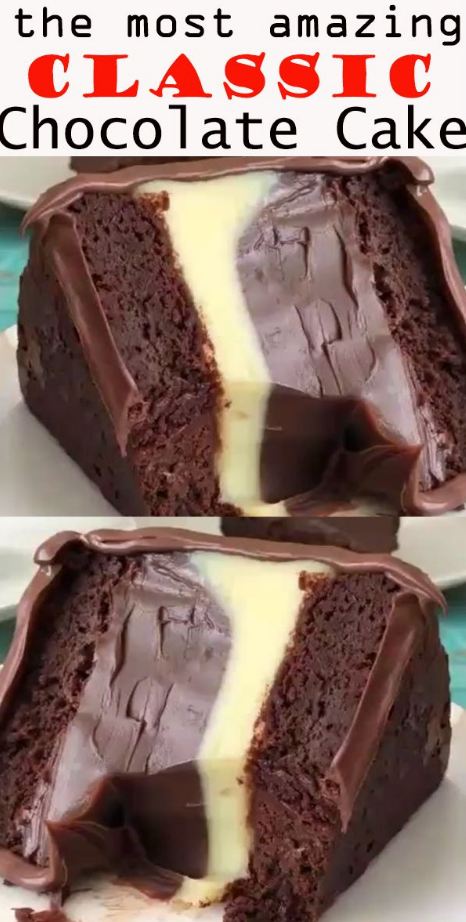 The Best Classic Chocolate Cake Recipe – A one bowl chocolate cake recipe that is quick, easy, and delicious! Updated with gluten-free, dairy-free, and egg-free options!

As the compliments continued, I didn’t begin to tell them how easy it was to make.

In all honesty, it is probably one of the easiest cakes I’ve made in a long time, really, but I just smiled and thanked them.

As we continued on gobbling up the cake, drinking our coffee or iced cold milk, the compliments just kept coming.

Then the requests for the recipe started.

That’s generally when you know that folks really like what you’ve made if they ask for the recipe and tell you for what event they plan to serve it.

As a cook, that really is one of the highest compliments you can receive – well, at least in my book.

The Best Chocolate Cake Recipe Ever

It was great to hear that they thought the cake was just as good after their last bite as they thought it was with their first.

Here’s another great thing about this recipe. The cake batter really can be made in a bowl without the use of a heavy duty mixer. Of course, that just makes things easier, but this is easily a recipe my Grandmother would have enjoyed making in her tiny kitchen with a whisk and a bowl. And I’m sure it would have turned out perfectly, too.

Based on the Old Fashioned Hershey’s recipe, I sort of went a bit heavy-handed with some changes testing cake after cake until I got it just the way I wanted it, but the end result was oh so worth it. The crumbs left on the plate gave that away.

I’m not going to lie to you; this recipe yields a wonderfully moist, rich chocolate cake. This cake is not for you if you are a weak-hearted fan of chocolate cake.

Based on the Old Fashioned Hershey’s recipe, I kind of went a little far with certain tweaks, testing cake after cake until I had it exactly how I wanted it. However, the end result was so, so worth it. That was evident from the crumbs on the plate.