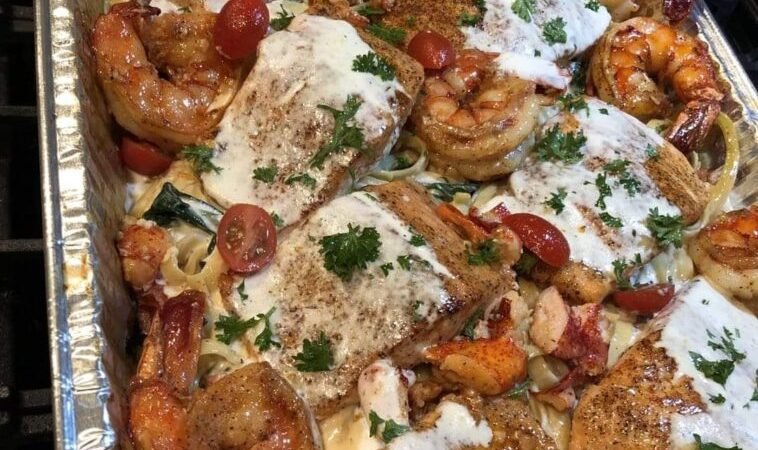 Bring a large pan of salted water to a boil and cook the pasta according to pack instructions.
Meanwhile, heat the oil in a large frying pan over medium heat. Add the garlic and chili and cook for 30 secs-1 min until just turning golden. Pour in the wine, then leave to bubble until reduced by half.
Stir the tomatoes into the pan and cook for 1-2 mins to soften. Add the seafood mix and continue to cook for 1-2 mins or until fully heated through.
Drain the cooked pasta, reserving about a cupful of the cooking water. Return the pasta to the empty pan and tip in the seafood and tomato mixture. Add a little of the pasta cooking water to loosen, then toss together until everything is well mixed, adding more water as needed.
Divide between serving dishes and sprinkle over the chopped parsley. Serve with a lemon wedge to squeeze over.

Tip:
You could also use a frozen seafood mix for this recipe. Defrost according to pack instructions, then cook as above. Alternatively, use 200g cooked prawns instead.