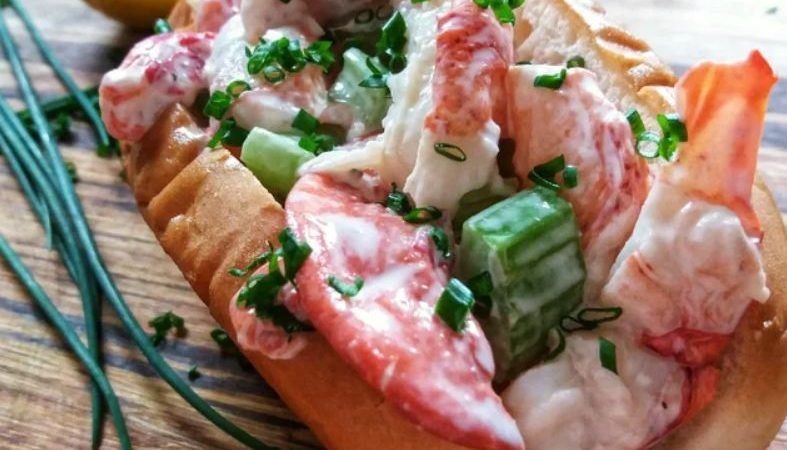 Toast the buns:
Spread the outsides of the buns with softened butter. Set a skillet or cast iron pan over medium-high heat. Toast the buns for about 30 seconds on each side, or until golden brown.

Three split rolls buttered and in a skillet to toast for a homemade lobster roll recipe.
How to make lobster rolls by toasting the bun. Three split buns, toasted and on a plate.

Assemble the lobster rolls:
Fill each bun with lobster salad. Serve with potato chips and a wedge of lemon.

Plate of the best lobster roll recipe served with a side of chips and a lemon wedge.