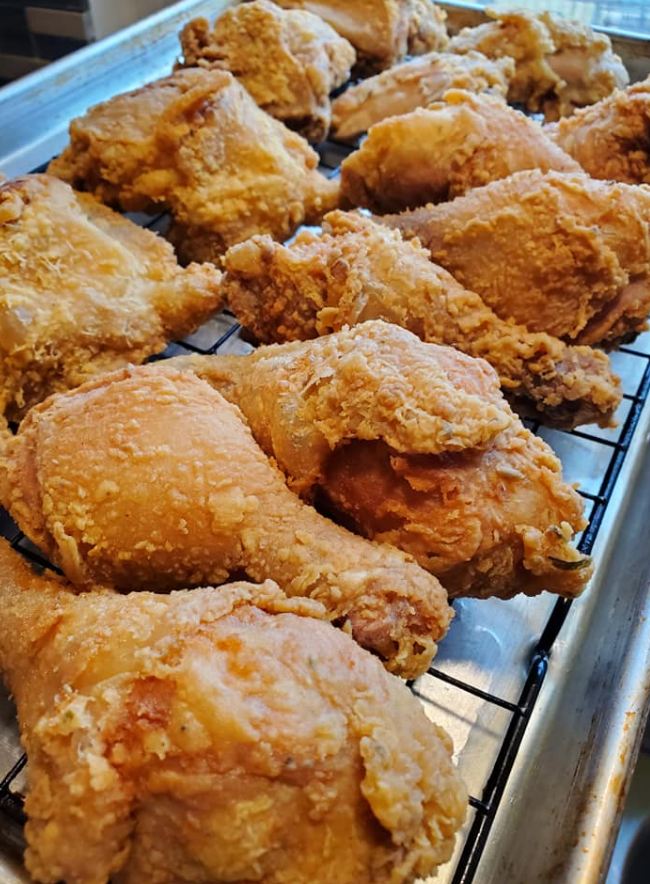 Southern fried chicken, commonly referred to as buttermilk country fried chicken, is a traditional meal in the South. Chicken is marinated in buttermilk before being coated in a combination of flour, spices, and herbs then deep-fried until it is the right shade of golden brown. The outcome is a crispy, juicy, and tasty chicken that has earned a reputation as a popular comfort dish.

The origins of buttermilk country fried chicken can be traced back to the southern United States during the 18th century. At the time, fried chicken was a popular dish among slaves and poor farmers who could not afford expensive cuts of meat. They would often marinate the chicken in buttermilk to tenderize it and then coat it in a mixture of flour, salt, and pepper before frying it in a skillet. As the dish gained popularity, it eventually made its way to the tables of the wealthy and became a staple in Southern cuisine.

The secret to making perfect buttermilk country fried chicken lies in the marinade. A good marinade should have a balance of acidity and salt to help tenderize the chicken and add flavor. Buttermilk is the perfect ingredient for this as it is high in acidity and has a tangy flavor that works well with the spices and herbs used in the coating. The chicken should be marinated for at least 4 hours, or even overnight for best results.

The coating is another crucial element of the dish. A traditional coating for buttermilk country fried chicken includes flour, salt, pepper, and a mix of herbs and spices such as paprika, cayenne pepper, and garlic powder. The coating should be thick enough to provide a crispy crust but not too thick that it overpowers the flavor of the chicken.

The cooking technique is also important. Traditional buttermilk country fried chicken is deep-fried, giving it a crispy outside and juicy inside. To ensure that the chicken cooks uniformly, the oil should be heated to around 350°F. Small batches of the chicken should be fried.

PLEASE TURN TO THE NEXT PAGE TO READ MORE

Crock Pot Beef and Broccoli – Life In The Lofthouse